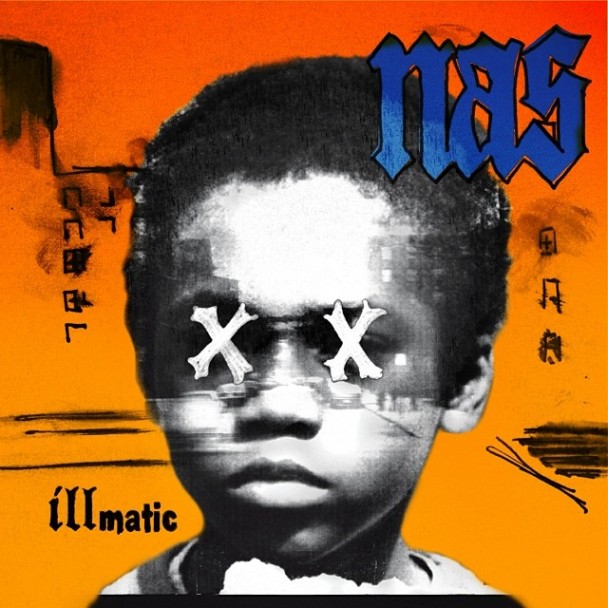 Twenty  years ago Illmatic became an essential reference; one which all hip-hop heads must be well educated on — and rightly so. Nas’s Illmatic is one of the most influential and celebrated albums in all of hip-hop history.

2014 marks the 20 year anniversary of Illmatic, proving the timelessness of this game-changing album. Nas was only 20-years-old when he first recorded Illmatic, and now — 20 years later, listeners are still in awe of the power and precision of his sound and lyrical content.

Fans pass on the weight of this album to new listeners because of its credibility and those who once scoffed at hip-hop’s raw beats and flow are converted to appreciate the integrity of not only this album, but rap as a form of poetry, and hip-hop as more than a genre of music, but a deep culture. If there is one album you need to teach you how to appreciate hip-hop — Illmatic is probably the best ‘gateway’.

It’s hard to believe that 20 years have passed and this sound is still so relevant. This album has become almost a sacred aspect of the evolution of hip-hop.

“Illmatic XX pays homage to the significance of Illmatic as a movement, but also as an artistic piece of music.”

Nas raised the standards in an inspiring and ground breaking fashion. With greats such as DJ Premier, Pete Rock, Large Professor and Q-Tip producing for him; it’s no wonder the outcome was so momentous. Each producer retains their distinct sound while they hold and complement the significance of Nas’s shiver-generating words.

Each remix adds a new flavour without compromising the original genre of the song. While the remixes in many instances change the tone of the initial tracks, they maintain a balance with the iconic lyrics in a way that is not jarring. With lyrics that have become so familiar, it seems almost blasphemous to pull the lines away from their comfortable drum patterns, however, each remix manages to enhance the lyrics in an accessible and interesting manor. The Stink Mix of ‘It Ain’t Hard to Tell’ adds a certain groove to the track which otherwise used to be triumphant. While the ‘Laidback Mix’ is as the name suggests — much calmer; it provides a different context for listening. Each remix celebrates the ongoing success of Nas’s enduring poetry. Illmatic is invincible, and Illmatic XX is a testament to the eternal art form that is hip-hop.

Illmatic XX pays homage to the significance of Illmatic as a movement, but also as an artistic piece of music. ‘I’m a Villain’ leads fittingly on from the original album in that many of the lines in this track can be identified as Illmatic-style lyrics. Having remained unreleased until now, this track proves to be just as ageless. Similarly, the second track is a rare piece of recording from The Stretch Armstrong and Bobbito Show from 1993. This untouched and special piece of history is a raw and vital moment that is now shared with listeners world-wide. To be able to listen to something so meaningful is enchanting, and on top of this, style and flow in this track is on point (as expected). What makes this track so special though is actually being able to hear the reactions of Stretch and Bobbito, the radio show hosts.