‘I Get Crazy’ by Nicki Minaj featuring Wayne was my introduction to Onika Maraj. I subscribed immediately. Although she was a new name to me in 2009, she had been going hard in the US for years. And then her Sucka Free mixtape came out and the reference to Lil Kim was there, from the start. “We did that pose to make a statement,” Nicki explained to Jabari Johnson in 2008.

I subscribed to her flow and her balls, which allowed her to say whatever she felt like in her verses. Her flow was fierce and her bars held your attention; not just with words but flava too — there was no air of ‘token female rapper’ on her. As plain as that sounds in 2014 with the likes of Azealia Banks, Dej Loaf, Chelsea Reject and others today – back then – it was the beginning of a new trajectory in the realms of rap and women. There had been hardcore female rappers before her, but there was something about Nicki that pushed the envelope further and offered a fresh sound; eagerly, I anticipated the release of Pink Friday… The 2008 interview with Jabari Johnson did it for me:

JJ: Do you think it’s harder as a female rapper to achieve?

NM: Yessssss, why you think there’s only been a handful of females in the game the last 15 years. It’s hard because you get judged by the industry and you get judged by consumers, hard, bodied. Like females, we have this crab in the bucket thing, like we never wanna see another female get somewhere, so it’s very hard, because you get critiqued by the girls, boxed in by the dudes…

…Its’ very hard I write my own shit, that’s another thing, people, a lot of the times I work with people and they’re like, ‘Oh you need a ghost writer’? Like, boo, I do this, please don’t get it twisted, don’t get it confused. When I’m in the studio with Wayne, when I’m in the studio with whoever, I fuck with the best of them, come on, Jadakiss, come on, I write my own shit…People say, why you feel the need to say that all the time, I say it because there’s not a day that go by, where people don’t ask me, ‘You write your own raps?‘ and I got to say. ‘Yes fuckface, I do.’

As she got bigger, hate began to extend her way. In 2012 she was accused of purposely exposing her breasts on ABC for a publicity stunt; she had a feud with Lil Kim last year and was accused of stealing Kim’s style — Beyonce had the last say in me eyes, when she brought Nicki out during Flawless at the On The Run Tour in Paris. When she judged American Idol, I really lost touch with what the woman was up to; for one, I didn’t and don’t own a TV, and two, the levels of success she’d reached in such a short period of time were a lot to take in, because it had come for, and to her, faster than any other self-made artist I could recall.

When the Stupid Hoe video came out, I thought it was the type of thing only Nicki could pull off — and the irony was even more entertaining when she, at the same time as taking jabs at Lil Kim and Lady Gaga (among others) — cemented herself in rap history by having Hype Williams direct the video. When she claimed to be the ‘female Weezy’ at the end of the track, I was proud of the fact only she could do that, like that. But I was still dozing, or dizzy. Mixtape Nicki, who I fell in love with, was now everywhere. On my Pepsi can, all over my make up packaging in a characterized, pink silhouette, I turned around and she was at the perfume counter too. The Sweet Dreams Remix  is still blasting in my head phones, so I was confused. As well, other things were happening in the hip hop world; at levels which posted new flags for rap music and black culture in general. Jay Z and Beyonce became friends with Barack and Michelle Obama. The President used Jay’s power as a cultural and pop music icon during his election campaign. In Nov 2013, Jay was on the cover of Vanity Fair. Furthering the conversation, in 2014, Dodai Stewart wrote an article titled ‘Black People finally appear on cover of Vanity Fair’s Hollywood issue’. Beyonce featured on the cover of TIME magazine, on a list for the top 100 most Influential People for 2014, people focused on her knickers, it was expected, but to me it felt like a massive cultural achievement and she could have been wearing anything, or nothing. The hip hop culture itself has also changed. Crews like Odd Future, Pro Era, Top Dawg Entertainment, The A$AP Mob and the internet in general have innovated the playing field. These days, money is strong in touring, branding stems off what the indie kids like, so artists have to be likeable. The new aesthetics include skinny jeans, dreads, auto-tune, Drake, buckets hats and discussions over who has the best adlibs. But the g’s are still there, Freddie Gibbs, Nipsey Hussle, Schoolboy Q, the list goes on. In 2015 you simply have to know where to look for what you want. As a young coloured female who studied journalism in a predominantly European culture, foreign to my own, East Asian one; opening up my ‘work’ window in the office, using Internet Explorer — and then my ‘personal’ browser on Chrome —  I noticed the two now contain the same content. Again, it was a lot to get used to because I am old enough to remember when R&B and Hip Hop and colored music – period – were underground genres. 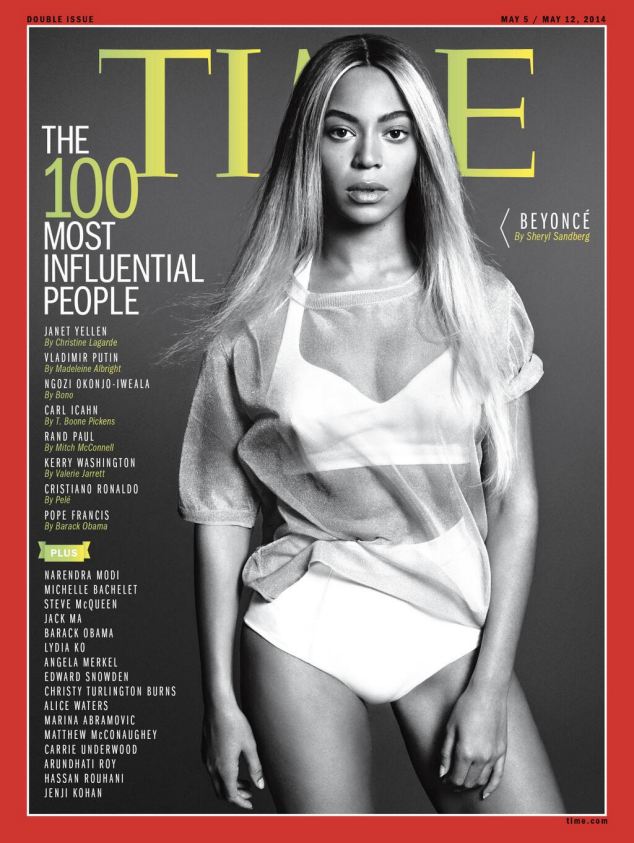 Duck Down Music Chief Executive, Buckshot, was someone I interviewed in 2014. I asked him how he felt about Nicki’s career and the different phases she’s been through as an emcee.

AM: I’m wondering if you feel Nicki Minaj has been a positive or negative thing for female rap — in your opinion.

B: I think she’s a positive influence only because she’s a dope female. That’s what I’m trying to tell you, if you decide to go commercial, it’s not like I think anything’s wrong with it. That’s her and that’s the style she chose, that’s what she want to do and she’s a dope emcee I think she’s impeccable, and god damn, she’s  gorgeous. I think if you hear some of her new stuff, she’s just dope… Once you start going quote on quote, ‘I want to be a superstar,’ not just a star, people start judging you automatically. The ones who care stop and say,  ‘Oh you fell off, you sold out blah, blah, blah.’ The ones who don’t care start saying ‘Hey, you’re a great entertainer’.

I have a record label, I’m kind of compromised. Instead of me being a superstar, I’m actually a CEO — which to me is better than being a superstar, because you have longevity and scalability. Once I sign Pharaohe, I get his fans. Once I work with Talib Kweli, I get his fans, you know what I’m saying? So a person like Nicki Minaj has to do whatever she has to do to remain a superstar and that’s an impressive thing because [those] people have to do shit that I would never do. But I don’t think Nicki has compromised herself as much as it looks that way; the only thing is probably the fake tittes and would she have done that if she had got a little money and was an underground artist, that only costs a couple of g’s, and did she really did want to get some fake boob-tits anyway, you never know.

In 2015 they’re saying mixtape Nicki is back. It’s hard to hear because in 2010, the sound quality of the tracks themselves (never mind the artist)  were rawer, likely an inferior bitrate? Nicki in a studio is clean and polished — even when she’s threatening to fuck her man up. There is superior auto-tune and the best producers money can buy, obviously. The advantage has allowed her to perfect the sound she’s been famous for since Superbass — but was also trying to achieve in her mixtapes — that’s why when people are calling for mixtape Nicki, you have to look at her old songs and realize Nicki hasn’t changed, she IS the girl you fell in love with in 2007, she’s just in your face more. When people say, ‘Oh she had to go commercial to get the masses’, I think, she’s simply been doing her the whole time. It’s an achievement that she’s managed to do it her way.  She told Angie Martinez, “I’m so confident about the Pink Print, I’ve never been more confident about anything I’ve ever done artistically”, and if you listen carefully, you can see why; the production is solid, and songs like Favourite featuring Jeremih and Want Some More take her out of the gimmicks box and reveal The Pink Print as serious rap music. So, is she inappropriate? There are many arguments for no and yes when considering the exposure of body parts and the influence on our young girls. But just like rap moguls like Eminem or 50 Cent (and countless other musicians) have argued in the past — what we show our kids is our own problem — I’ll add, what we teach them is our own responsibility too. For maturer females (over 12) let’s face it, Nicki along with Beyonce and Rihanna, have re-defined the modern feminine discourse, worldwide. Of course there was Erykah, TLC, Aaliyah, Missy Elliot, Ciara and many many others, including those Onika looked up to like Lauryn Hill, but they are women who had to target specialised audiences as they expressed themselves to a public sphere not yet ready for ‘urban’ women at such mainstream degrees. At last, there is a solid movement toward a healthier, more empowered race of colored woman, worldwide.

In 2015, there’s still a point to prove and new ground to be broken in this area, maybe a little less flesh to show. For now, Complex magazine ended 2014 by placing her on their end of year list for Best Rapper Alive. If that isn’t an indication that she’s genuinely real in the places she’s ‘posed to be then I don’t know what you’re paying attention to.

I have to apologise to my homegirl Celeste De Menzies, she’s had Nicki’s back since day one. Even when I started sleeping, she knew what was up.

One thought on “Nicki Minaj — You thought the Google thing was bad?”